Classic Car Road Trip Normandy 2019, 75 years after D-Day: Each five years, members of the Dutch WWII military vehicles owners association Keep Them Rolling are invited by the French municipality of Courseulles-sur-Mer to attend and contribute to the D-Day celebrations and commemorations in Normandy. On the first of June we arrived in Normandy to join the 75th anniversary of D-Day. D-Day took place during WWII, 6 June 1944, when the Western Allied forces landed on the beaches of Normandy. D-Day was the first day of Operation Overlord, the Allied code-name for the successful Western Allied invasion in Normandy and the beginning of the liberation of nazi-Germany occupied Europe. Together with other members of Keep them Rolling, we and our vehicles were accomodated on a specially equipped and guarded camping site. We visited several museums and memorials of the invasion of Normandy and the historic D-Day landing beaches. We visited military cemeteries containing the graves of soldiers who were killed during the battles in Normandy, such as the Bény-sur-Mer Canadian War Cemetery and the Normandy American Cemetery and Memorial, situated in Colleville-sur-Mer. We visited Pointe du Hoc, one of the most impressive locations of the Atlantic Wall, Pointe du Hoc is a 30 metres high cliff situated between Omaha Beach and Utah Beach. We were invited to the Liberty Concert Normandy, a memorial concert which took place on Sword Beach in Ouistreham. The Willys MB Jeep of a friend and our own 1942 Ford GPW Jeep were displayed in front of the tent, where the memorial concert took place. On the 6th of June, a static show of WWII military vehicles was held on the camping area in Courseulles-sur-Mer, organised by the members of Keep Them Rolling. On June 8, after the military vehicle parade, memorial wreaths were thrown into the sea in front of Juno Beach. The 75th anniversary of D-Day was concluded with a water show and a fireworks show. 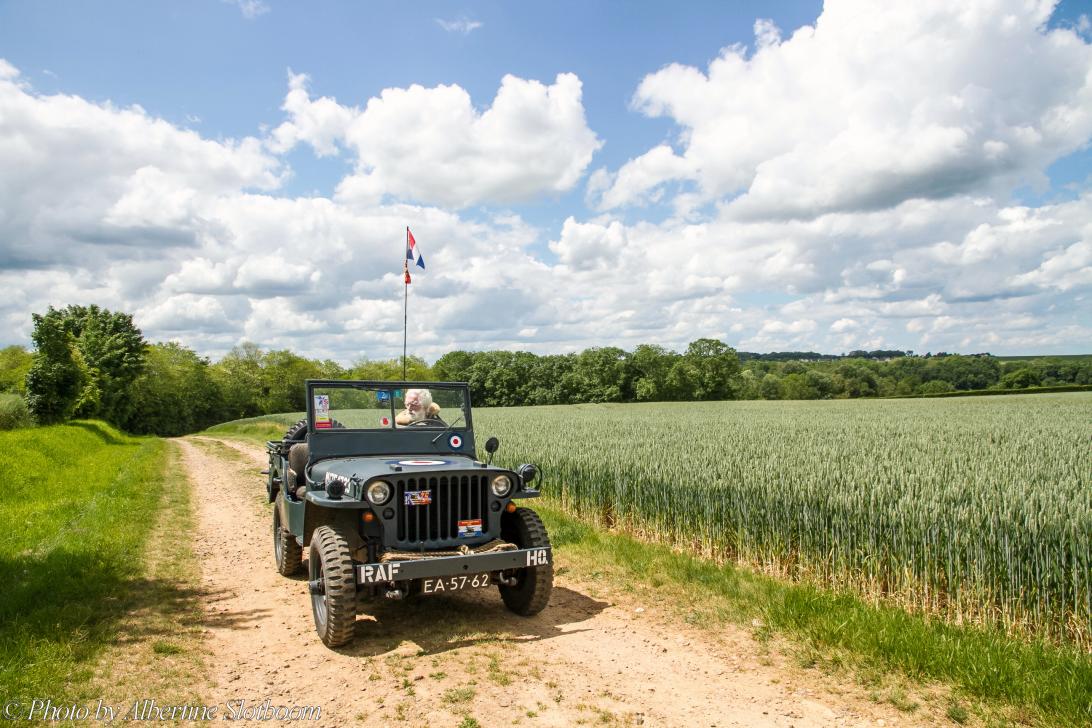 Classic Car Road Trip: With a Ford GPW Jeep to Normandy for the 75th anniversary of D-Day. Each five years, owners of WWII vehicles are invited by French municipalities in Normandy to attend and contribute to the D-Day commemorations. In June 2019, we and the Jeep arrived in Courseulles-sur-Mer to join the 75th anniversary of D-Day. D-Day took place during WWII. D-Day is the first day of Operation Overlord, the code-name for the successful Western Allied invasion in Normandy and the beginning of the liberation of Nazi-Germany occupied Europe.