A Classic Car Road Trip through Normandy during the commemorations of the 70th anniversary of D-Day. A road trip through Normandy in a 1942 Ford GPW World War II Jeep. During our road trip along the coast of Normandy, we paid visits to several museums and memorials dedicated to the Allied invasion of Normandy in 1944 and the historic D-Day landing beaches, code-named Utah, Omaha, Gold, Juno and Sword. We also paid visits military war cemeteries containing the memorials and graves of soldiers who were killed during the many battles in Normandy, such as the Normandy American War Cemetery in Colleville-sur-Mer at Omaha Beach, and the largest Second World War military cemetery in Normandy, La Cambe German Military Cemetery near Bayeux. Numerous remains of the Atlantic Wall and the D-Day landings can still be seen along the entire coast of Normandy, such as the remains of the Mulberry Harbour on Gold Beach at Arromanches-les-Bains. The Atlantic Wall was a coastal defence system, built during the Second World War by nazi-Germany as a defence against the Western Allied invasion and liberation of Nazi-Germany occupied Europe. Each year, there are many commemorations and celebrations of D-Day. Second World War military vehicles owners are invited to attend several anniversary ceremonies of D-Day, our own Ford GPW Jeep stood in front of the Canada House in Bernières-sur-Mer during the 70th anniversary commemorations of the D-Day landings and we participated in a memorial tour in Courseulle-sur-Mer. 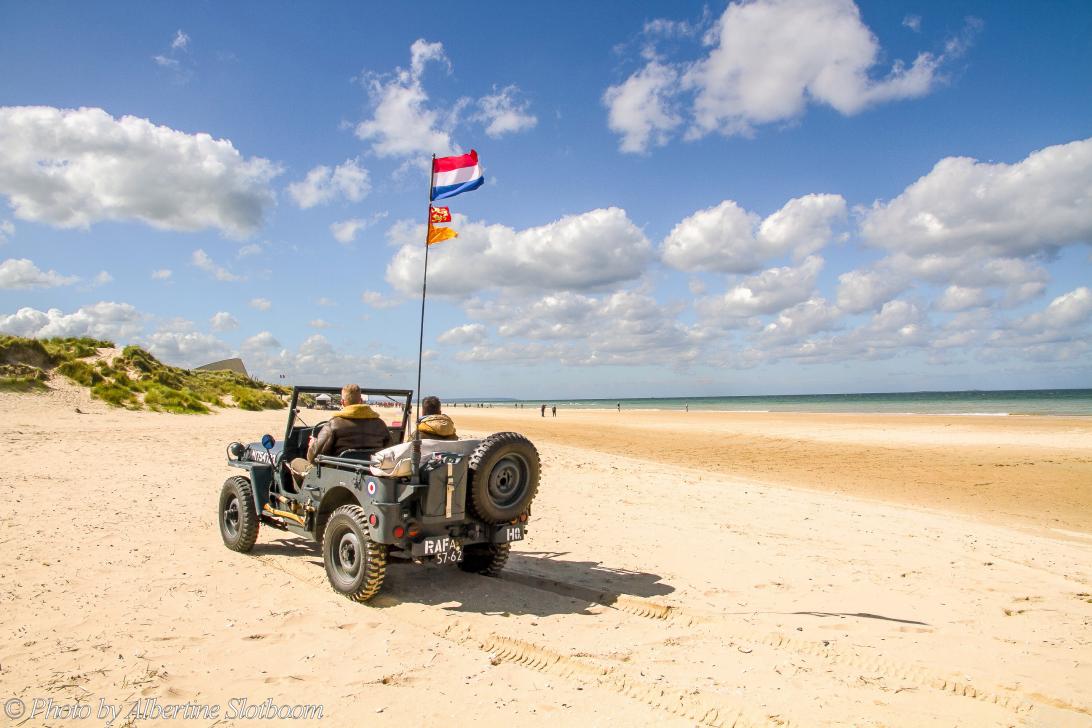 Classic Car Road Trip Normandy: A road trip in a 1942 Ford GPW World War II Jeep along the coast of Normandy. We visited the historic D-Day beaches, the museums and memorials of the Western Allied invasion of Normandy in 1944. Our 1942 Ford Jeep on Utah Beach, the Utah Beach D-Day Museum is just visible in the background. Utah Beach was the codename for the westernmost landing beach of the five landing beaches in Normandy.